Please email [email protected] with any queries about this event

Thursday 14th July: Come Together: A society wide approach to ending domestic abuse (open to all)

14:00 – 15:30: Panel: Come together: creating a society wide approach to making domestic abuse intolerable across the board

Friday 15th July: A federation for the future (members only)

Michelle describes herself as an Olympian, life coach, trainer and a proud wife and m other of three beautiful children. She represented Great Britain for two decades as a Triple Jumper, competing at the highest level, and was the first woman to jump over 14 metres in the Commonwealth. Since retiring in 2006, she has worked as a personal trainer and life coach and provides mentoring and coaching to individuals and organisations. Michelle is now an Ambassador for Women’s Aid saying that “Sport has enabled me to use my voice as a platform for change” Johnson is Chief Executive and co-founder of IRISi, a social enterprise established to promote and improve the health care response to gender based violence.  Medina has a background in education and training, managed the floating support team for a women’s mental health service and managed a charity supporting single people who are homeless.  She has worked in the violence against women and girls’ sector for 18 years, first as coordinator for Bristol Domestic Abuse Forum and for the last 15 years as part of the IRIS programme.  IRISi’s flagship intervention, IRIS (Identification and Referral to Improve Safety), is a general practice-based domestic violence and abuse (DVA) training, support and referral programme.  Medina holds an honorary contract as a Research Collaborator with the Centre for Academic Primary Care at the University of Bristol and participates in national and international research programmes on domestic violence and abuse.  She is also a board member of NIHR ARC West Advisory Board. 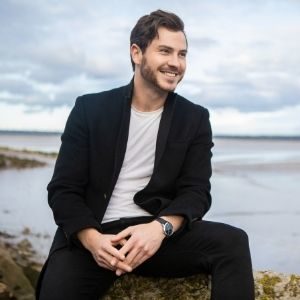 Actor, Toby-Alexander Smith, joined Women’s Aid in September 2020 as a charity ambassador. Viewers have watched his character, Gray Atkins, in EastEnders, abuse his on-screen wife Chantelle in the BBC TV soap opera. Toby says “Taking on the role of Gray Atkins in EastEnders felt like a huge responsibility given how much awareness of domestic abuse it could raise. EastEnders has a history of tackling important issues on screen and I knew as an actor it was important for me to get this storyline right”

urrently a Chief Superintendent working as the Programme Lead on the National Police Chiefs Councils VAWG (Violence Against Women and Girls) Taskforce.

Before joining policing, Sam spent time after university as in the army as a young officer. Sam became an accomplished adventurer, was the first female officer to undertake artic warfare survival accreditation, became a ski instructor and even learned how to build igloos! After a tour of duty in Northern Ireland, Sam was awarded the Queens Gallantry Medal, something she would describe as the proudest moment of her service for her family.

Sam started her policing career in West Yorkshire Police in 1993 and transferred to North Yorkshire Police in 2019.  She is an experienced public order commander, a current firearms commander and has recently been nominated for awards around her activity in coaching and mentoring.

Sam joined the police as a graduate entrant, was selected as part of a fast-track promotion scheme, undertaking roles at every rank in operational delivery in some of the most complex and challenging areas within West Yorkshire and Specialist Operation roles. After a short spell as staff officer, Sam’s interest in partnerships saw her head up a large community safety partnership in Leeds in 2014, known as Safer Leeds.  In this role, Sam had strategic responsibility for a range of safeguarding work streams. She has influenced the national agenda around policing street sex working, has held roles as deputy chair of adults and children safeguarding boards and was recognised locally and nationally for her innovative and influential work with her Safer Leeds Team in developing the MASH in Leeds.

In December 2018 Sam completed a master programme with the University of Cambridge in criminology, using it as an opportunity to research and evidence the operational impact of a multi-agency approach to tackling on-street sex working.

Sam is married with three children, having adopted her third child. She is a governor for her children’s local primary school and still retains a passion for skiing and walking in the mountains!